Sorry for the lack of posting/blogging lately. Things were busy (go go go) at the Soup house all weekend (zoo pictures to come soon!), and Monday night, K and I had our baby ballroom. Last night, I worked late for conferences, and will do so tomorrow and a day next week, so nights are limited as well. I get home and just want to crash- the baby is growing faster and faster!
I thought I would provide some insight to our U/S last Friday, when we found out that it would be little "Kyla" who will be joining our family in June!
CJ and I went into the U/S still undecided if we should find out the gender or not. I had been SO strong all this PG, thinking I didn't want to know. Then, when we got to the perinatal office, suddenly, I was doubting myself. We basically told the girl upon our U/S start that IF she could see what gender the baby was, to let us know and we most likely WOULD find out. There, it was decided! LOL.
The Level 2 U/S was amazing. Wow. The tech was wonderful, too. We had a woman do our 20 week U/S with Keifer that was emotionless, and made me feel bad for asking any questions. This one was the complete opposite. She was very knowledgeable and actually explained what every little detail was that she was looking at. Technology is really amazing!
We started out with just looking at the baby and the head. All looked great, and she was able to see that based on the length and dimension of the nose, it didn't look like Down Syndrome. She also saw that the upper lip was a certain size, so no cleft palate. 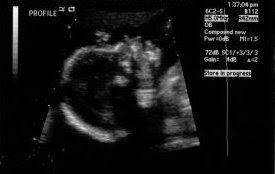 She went into the heart area, and zoomed in. We were able to see all four chambers of Kyla's heart, beating away. The tech then turned on the "color" and we could see the red and blue representing the blood going into the heart and coming out. She showed us the aorta, in the wonderful shape of a blue candy cane. Amazing. I was awestruck the details. We could also see the veins around the heart.
She checked out the stomach - we could see the line where the diaphragm was- and the kidneys, as well as measured some urine output. We looked at my cervix- all was tight and closed up (whew), and then my umbilical cord, again in color. We also listened the "whooshing" of the blood in my umbilical cord. Again, SO amazing.
We looked at Kyla's bones and the tech measured them. The bone from her shoulder to her elbow was right on track for her "age" - a minuscule 3 cm.!! So tiny! The bones all measured right on, her feet looked great, and then it was time for her head/skull.
Wow. We got to peek inside Kyla's head - literally- and could see the cerebellum, as well as spinal fluid. Amazing! (I know I keep saying that). The measurements of her skull were again, right on, and overall, Kyla is measuring close to 14 ounces. The tech plugged in ALL her measurements of the different parts of the U/S and Kyla was measuring at one day past my due date- so she's within a day of development based on my delivery date!
The whole time, Kyla had her legs tightly closed. I laughed and said it must be a girl, because (ha ha) a boy would be flashing us his goods. The entire time, we couldn't tell what the gender was. I took that as my "sign" we weren't to know. She was also very wiggly- and I could feel her movements, as well as SEE them- her feet kicking and her little arms going in and away from her body. Most of the time, she had her hands up next to her mouth, and you could see her little hands and fingers! Ahh, my heart!
Then, a doctor came in to go over all the results and pictures of the U/S again, to make sure we understood everything and to let us know all was well. She took out the U/S wand afterwards and attempted to see if we could see the gender one last time. We knew that if we weren't able to see, it was no big deal. Well, as soon as the doctor started, I could immediately see the legs, and I didn't see any "extra" appendages sticking out, like I would expect. I asked if it was a girl, and the doctor confirmed my guess! There she was: Kyla!! There was the tell-tale 3 lines, and no extra appendage! 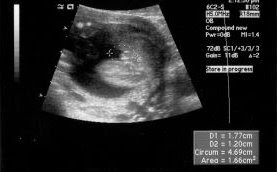 I was giddy. I immediately had tears in my eyes, knowing and hoping and praying that Keifer will be best friends with her sissy someday (plus, think of all the re-use of the CLOTHES I'll have- yee-haw!). I also was teary because Kyla's middle name will be "Whitney", which is in honor of my Grandma who passed away December, 2007. Her maiden name was "Whitney" and I have many extended cousins who are Whitneys. The last time I saw Grandma alive, I told her to go whisper in God's ear to give me and CJ another baby, and she said she would. So, maybe she did, and this is her gift to us: a little sissy for Keifer! At least, I like to think that's what she will be! My Grandma's best friend growing up was her younger sister, Jessie, so I like to think that was her intent.
In the meantime, we've been prepping Keifer with the name "Kyla" and now, when we ask her where baby Kyla is, she will retrieve one of her three baby dolls that she interacts with. We've been putting one of them in her toy pack & play next to her crib, and every night,she leans over to kiss baby "Kyla" goodnight, and says "night, night, Ky-ah". Ahh, my heart just melts.
Posted by Soupy at 10:28 AM

Email ThisBlogThis!Share to TwitterShare to FacebookShare to Pinterest
Labels: PG#2

I'm so glad it was a wonderful U/S

So, so exciting! I have my Level II u/s on Tuesday, so I'm glad to have some insight as to what it will be like. Thanks for sharing!

Love the name Kyla, I'm already itching to meet her!

So fun, it's makes me even more excited for our ultrasound this week!

Beautiful name! What a wonderful experience you had, I'm so glad.

SO exciting.
How are you pronoucing her name??? "Kila" with a hard "i"?
I love it, I think it's just perfect!!!! Like she is going to be. What a Miracle, these little girls of yours are. :)

www.soup.myshaklee.com A Healthier Life for Everyone and a Better Life for Anyone: Check out a better life in 4 areas: Nutrition; Home; Weight; & Beauty

Soupy
Slightly kooky, funny, emotional (!), supportive, kid and dog-loving Mama. I TTCed for almost 3 years, and was finally successful, thanks to my egg angel Mooshie. We used an Anonymous Egg Donor for baby #2, and were lucky! Now I have 2 gorgeous, spirited, and unique girls! 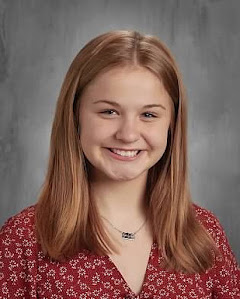 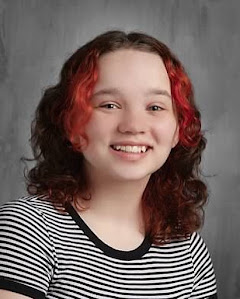 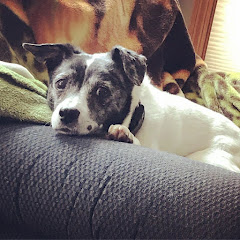 My beloved first rescue, Treble, passed away. 2/18/19
He is your friend, your partner, your defender, your dog. You are his life, his love, his leader. He will be yours, faithful and true, to the last beat of his heart. You owe it to him to be worthy of such devotion. ~ Anonymous

RIP Sage (my Sage, my Sassy, my Sweet Fur Girl) 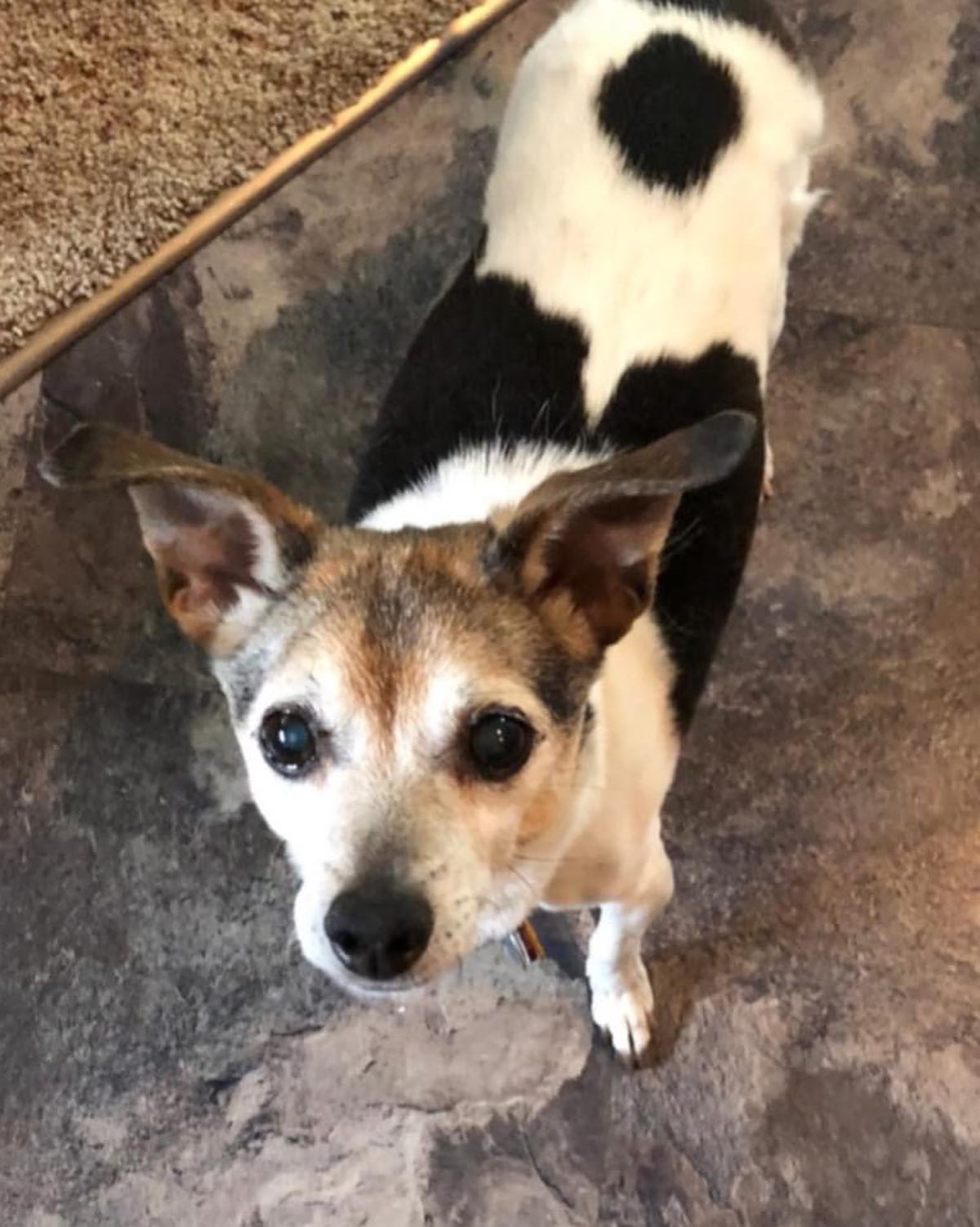 Who follows this blog?

Books Talking About Using An Egg Donor For Children


CJ and I love this book -- it explains how mommy had a part that didn't work, so another special lady comes to help because she has that special part that is needed. Beautiful pictures and simple, sweet text.

Other Blogs I Read: